The OtherAbilities festival in Amsterdam

The OtherAbilities is a series of public and semi-public events that have started in Amsterdam in March 2019. So far we have organized a three-day festival, a workshop for creating new music instruments and two public presentations of prototype instruments produced by individuals involved in the workshop as participants or advisors. The various events bring together projects of art, music, design, science and technology that explore and experiment with the diversity of the human body’s physical and sensory abilities.

Our aim is to investigate possibilities of creating aesthetic events that can be experienced simultaneously by people who consider their bodies to function “normally,” as well as by people with physical and sensory differences. As organizers of the OtherAbilities events we do not regard it a limitation that different bodies might experience in a different way an aesthetic or discursive event (an art installation, a music performance, a lecture etc). There where we see important problems is in how those who have physical and sensory differences are likely to experience social, economic, gender and political inequalities that might limit their access to cultural events. We acknowledge the intersectional character of difference and try to be alert to its implications for individuals and for groups of people.

In the 2017 fall-winter issue of the academic periodical Art Journal the scholar and independent art curator Amanda Cachia edited a special forum titled “Curating New Openings: Rethinking Diversity in the Gallery.” The contributions to this forum presented “experimental ideologies and methodologies that might guide curators as they initiate and plan exhibitions of diversity in a range of ways” (Cachia 2017). Cachia’s approach, which lays emphasis on experimentation with ways of thinking and of making rather than on the promotion of particular ideas about embodied experiences of different bodies or on a politically correct vocabulary about diversity, accessibility and inclusion, has been close to our heart when organizing the festival.

In practice, we have tried to materialize the above approach in various ways, a couple of which we will briefly outline here. First, we took as a starting point that the concept of the “normal” body is culturally constructed. This is, of course, not a ground breaking thought. It has been analysed by scholars from various academic fields – gender studies, anthropology, postcolonial studies, disability studies and so on. From our artistic and curatorial perspective during the preparation of the OtherAbilities festival it meant that we wanted to highlight the point that in modern Western culture the way we perceive the “normal” function of our senses relates to culturally established hierarchies. For example, the senses of sight and hearing are usually considered more important than smell or touch. In the exhibition presented during the OtherAbilities festival one could experience the Orb, a voice-based vibrating device developed by Rébecca Kleinberger, which maps the voice signal into tactile vibrating sensation. The Orb has a roughly oval shape and is connected to a microphone. It is designed to be held in one’s hand and it transfers the tactile sensation of the voice signals to the hands. As Kleinberger explains, “Fingertips contain more sensory receptors than our vocal vibrating chamber (. . .) holding the ORB while vocalizing gives access to elements of individuality and affect that often remain latent in the everyday experience of voice.” The ORB already has a range of experimental applications for people with hearing impairment, in speech disorder treatment, in prosody and language acquisition for children, but also in interactive sonic enrichment systems for animals in managed care.

In the same context of how certain abilities and capacities of our senses might be neglected in contemporary Western culture, we were also interested in the idea that people without hearing impairments might automatically think that music is something only for the ears. What does this mean for hearing individuals who believe they experience music fully, and what for those who are hard of hearing or deaf? The tactile sound installation The Body Imitates the Landscape by artist Adi Hollander and composer Claudio F. Baroni, which premiered during the OtherAbilities festival, is conceived as the space for the audience of a concert. The installation is comprised of seventeen metal structures in different shapes that support water mattresses with embedded tactile speakers. Each structure is designed for a different way of sitting, leaning against or lying on. Consequently, each one enables a more intense tactile experience of the music by a different part of the body. The physicality of sound and music can be shared by audience members regardless of their hearing abilities. At the same time, there are no two units designed to enable the same experience, unlike regular audience seats that are designed to relate to all bodies in the same way.

A second way of experimenting with ways of thinking and making in organizing the aesthetic and discursive events of the OtherAbilities, was by trying to take a situated approach during the research, planning and preparation periods. For decisions regarding the final outcome we kept our signature and responsibility as organizers and acknowledged other contributors in the credits. A situated approach means that at the various stages of a project one tries to involve various experience experts, professional experts, stakeholders and users of the final outcome. Situated methodologies are applicable in artistic, design, cultural, social, infrastructural and other kinds of projects. They relate to feminist scholar Donna Haraway’s concept of “situated knowledges” that reflect the social, gendered, political and other positions of subjects within specific contexts, and highlight the idea that there is nothing that can be known in a single and universal way by everyone. “Situated knowledges” are intrinsic to the principle “nothing about us without us.” Therefore, besides professional experts such as artists, musicians, engineers, scientists, scholars or specialists in the care sector, we have tried to engage communities of experience experts in various ways: for example, by reaching out to organizations from the Royal Kentalis to closed facebook groups; by trying to invite groups and individuals of various ages to our working space or to go and work in their spaces in order to receive their feedback, needs and wishes; by placing a form on the festival website where people could post their own or somebody else’s accessibility needs during the festival.

The implementation of a situated approach in the research, planning and preparation phases of the festival has been quite difficult and often not as productive as we had hoped. Arguably, it takes more than one festival to gain the interest and trust of audiences whom one has not engaged with actively in the past, either as audience or as communities of individuals with whom one may or may not, have in common experiences of physical or sensory impairments. Besides, when one attempts to move away from recognizable vocabularies of disability in order to think away from widespread related mind sets, it is not self-evident that the message will be easily comprehensible to various audiences, or that people will generally agree. For example, some people “read” in the OtherAbilities festival promotion materials (posters, flyers, social media announcements) that the event was mainly about disability. Others saw the location, a temporary Dutch “broedplaats,” and almost automatically thought that the festival would be of (ex-)squatters and that the building wouldn’t be wheelchair accessible. Others found the navigation in the building confusing, because for the exhibition and performances we used rooms of various organizations and functions: the seminar and workshop rooms of De Appel Arts Center and STEIM Studio for electro-acoustic music, STEIM’s sound recording studios, an artist studio, hallways, corridors, staircases, the MixTree restaurant and so on. Indeed, the signs of the festival were not everywhere successful in temporarily homogenizing the spaces of diverse organizations into one festival and exhibition site.

Nonetheless during the festival, from our perspective as organizers we saw that most of the interactive objects, instruments, installations and performances usually did make possible the aim that we had set out to achieve: they were intriguing and enabled people with and without a physical or sensory difficulty to experience and to enjoy them. They did so regardless whether the interest of each visitor was moved from a technological, scientific, physical, sensory, conceptual, artistic, game playing or other perspective, so also regardless whether they experienced them in the same way. The people who played a crucial role in achieving this central aim during the festival were the festival facilitators and often also the creators of the exhibits themselves, who showed to visitors how to engage with each exhibit and often spent long time chatting with them. Therefore, a challenge for future OtherAbilities events will be to invent and design ways of bringing the positive interactive dynamic that was often experienced during the festival days also to upcoming events preparation phase.

The OtherAbilities
The OtherAbilities is the initiative of artist Adi Hollander and the festival and workshop have been co- curated by Adi Hollander and art historian Eva Fotiadi, in collaboration with Make Health Lab/Waag Society & Technology, STEIM Studio for electroacoustic music, De Appel Arts Center, LELY Broedplaats and Contact Broeplaats. The various events have been realized with the support of The Creative Industries Fonds, Mondriaan Fonds, Amsterdam Fonds voor de Kunst, Tijl Fonds/Prins Bernhard Cultuurfonds, Performing Arts Fund, Urban Resort, Vibra Fusion Lab, Made4you/Waag Society & Technology, Disability Studies in Nederland and others. For a full list of supporters see http://otherabilities.org/sponsors/ . The team and main advisors of the OtherAbilities festival can be found here http://otherabilities.org/team/ .

Eva Fotiadi (PhD) is a historian and theorist of contemporary art, specialized in participatory, collective and hybrid art and design practices. Her publications have appeared in English, Dutch, German, Greek, Russian and Polish, and she has organized several conferences, symposia and workshops. Between 2014-2016 she was a visiting fellow at Princeton University and a postdoctoral fellow at Free University Berlin (DRS/Marie Curie).  Since 2017 she is affiliated to the Design Department of AKV St Joost. In the past she has taught at the University of Amsterdam, the G.Rietveld Academy and she was a tutor at the PhD-Arts program of Royal Academy of Arts De Hague/Leiden University. 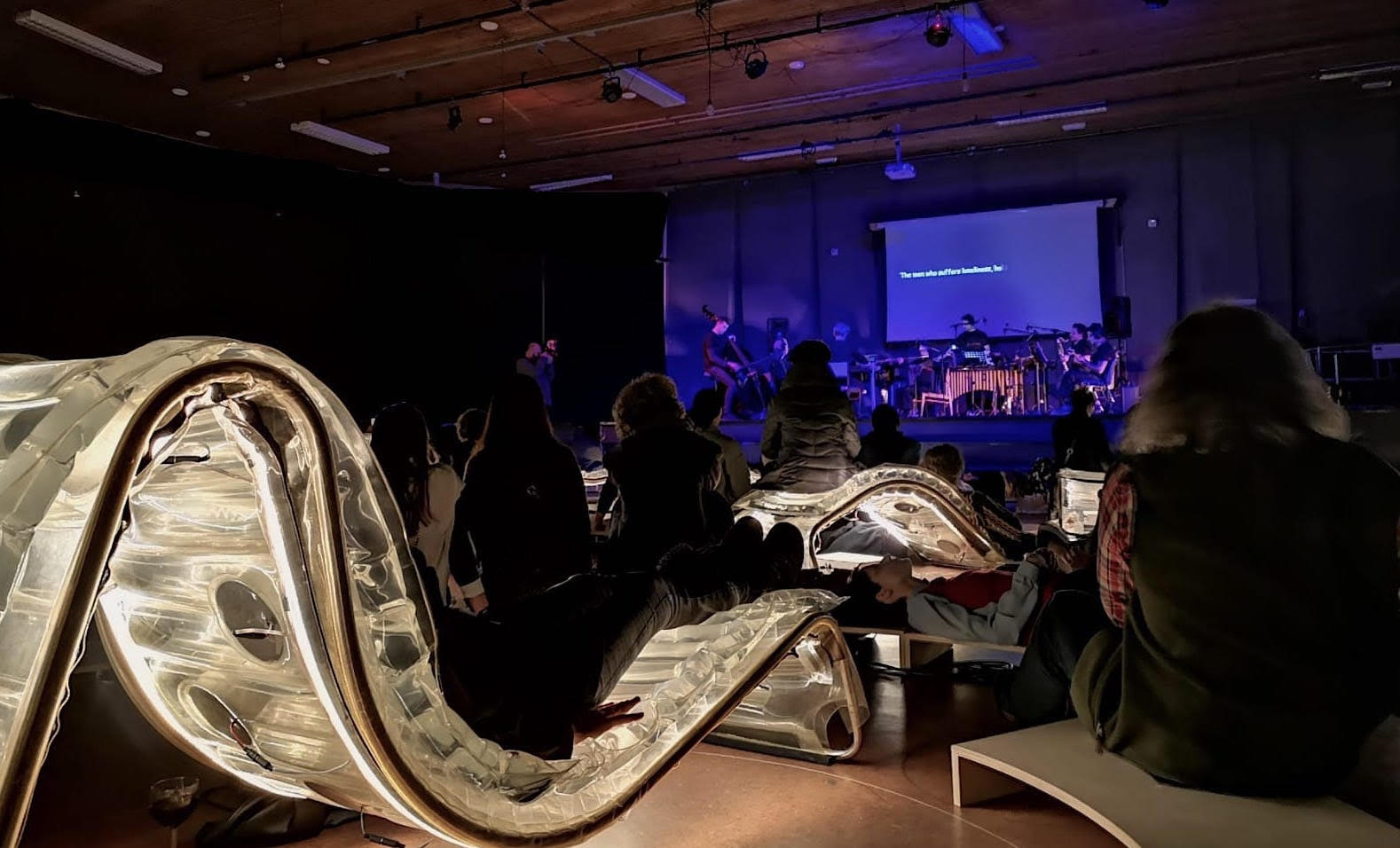